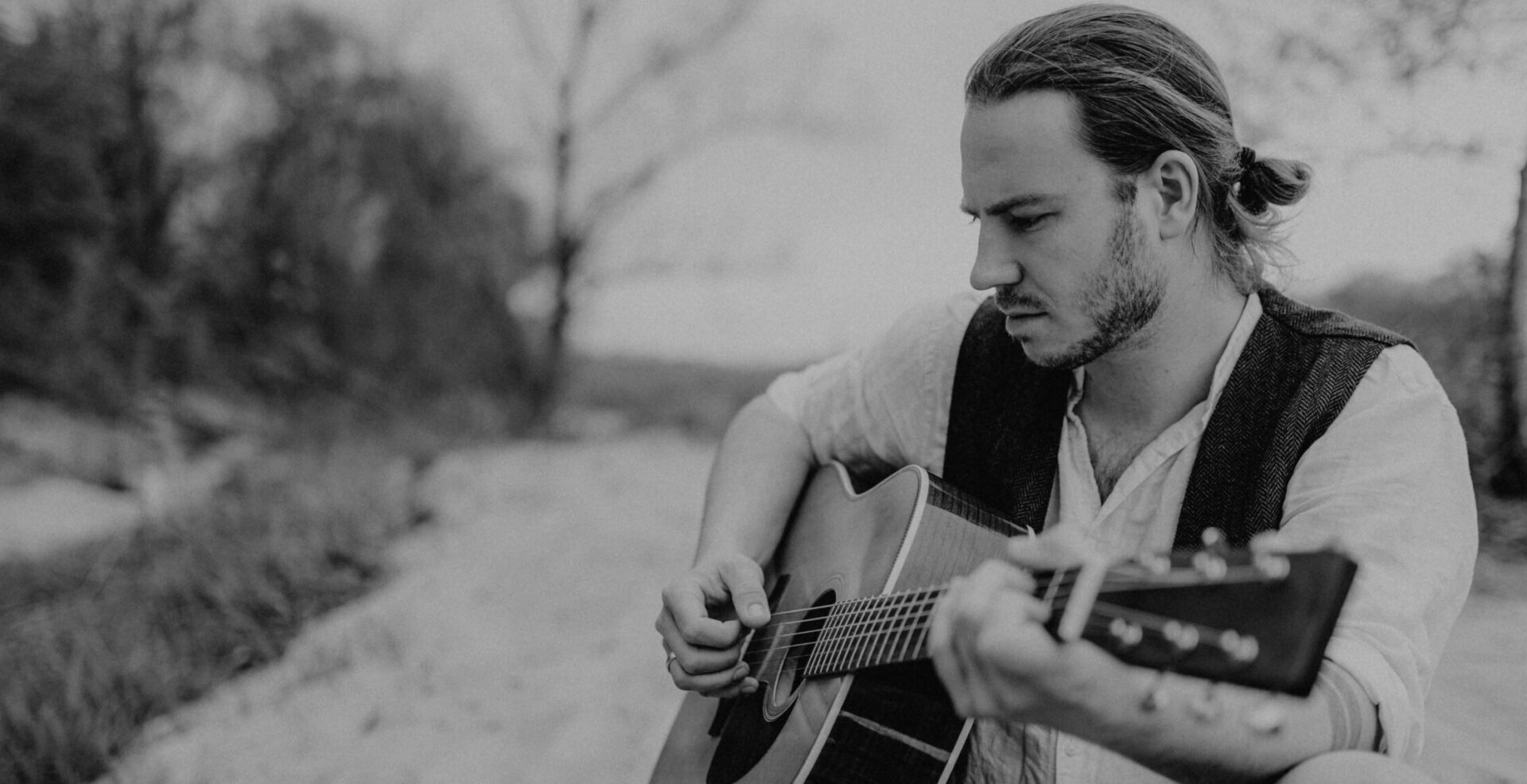 Corbin Red is a rebel of the other kind. While music is getting more synthetic and digital, he goes straight „back to the roots“ and writes honest Americana- and Country-Songs with an occasional rocking manner.

„Three chords and the truth“… In his lyrics he deals with problems like fading social attention and human trafficing aswell as personal matters like change of life, wanderlust and the firework of love.

Listen to the new Single „Message on the Pavement“ here!

„Sunlight touches the sea, it’s such a beauty to me,
and the birds still sing, in the trees,
there’s so much I want to see.“

Corbin Red is a Singer-Songwriter, Musician and Producer from Mühldorf, a small city near Munich in Bavaria, South Germany. Playing guitar, singing and writing in very different projects for over 15 years, he decided to finally start his very own project in 2020 and released his first single „Birds still sing“ in May 2021. Since then he was busy writing and recording more original songs and find the right musicians to accompany him on stage.

Hearing his father’s Country LP’s in his childhood, Corbin Red’s love to Country music woke early. After that, Johnny Cash, John Denver and Neil Young played up and down and as a result even through a Rock and Punk phase in his adolescence years, he never stopped listening and loving the „good ol‘ Country Music“. In addition to Rock-Bands he sang in Musical-Shows and performed as Johnny Cash Tribute. Meanwhile, he is guitarist, producer and co-songwriter of the Bavaro-Pop Band FRIDA and guitarist of the Status Quo Tribute StatusTwo.

If he is not working on music Corbin Red loves good movies, horseriding, living history projects and spending time with his wife and their two dogs.